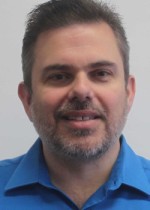 John J. LeTellier, Jr.’s interest in the arts began at an early age. He started studying the piano at age four and was accompanying the local school chorus by age seven.  His love of music continued through high school where he began formal classical studies with well-known preparatory teacher, Stella Pola.  He received his piano degree from the University of Tennessee at Martin (UTM) under Dr. Michael Caldwell, winner of the 1976 Dealey Competition and former U.S. Artistic Ambassador to Jordan, Nepal and Saudi Arabia.  After his undergraduate studies, Mr. LeTellier was awarded a scholarship to study at Juilliard, where he continued piano studies with renowned collaborative pianists Jonathan Feldman and Rohan Desilva, current collaborative pianist for Itzhak Perlman.  After teaching for 6 years, he received the Byanskas Scholarship, the highest award offered for piano accompanying at The University of Miami, where he received a Master’s Degree in Chamber and Accompanying Music under Dr. Paul Posnak.

Mr. LeTellier has been an active educator for over twenty years, having instructed at all levels from elementary through college.  Before coming to Valley State City University (VCSU) to direct the music technology and music education programs, Mr. LeTellier spent 3 ½ years as Arts Education Specialist for the Florida Department of Education, where he served as the state arts liaison, overseeing K-12 arts standards implementation for all of Florida’s 67 counties.  Currently, at VCSU he teaches music technology and education courses, as well as applied piano.

His students have participated in numerous festivals and concerts throughout the years including at President Trump’s Mar-a-Lago, The Kravis Center and Peabody Auditorium. Among his other accomplishments are being selected to serve on the North Dakota Arts Education Standards Committee to redesign new state arts standards, being named the 2010 Marion County teacher of the year, serving on the Public Education Foundation Board in Marion County, and being selected to work on Florida’s Student-Growth Implementation Committee in 2011- where he helped to design a brand new value-added model for evaluating Florida’s 190,000 teachers.   As an avid supporter of Arts Education, Mr. LeTellier’s opinions have often been sought, which has led to several educational television interviews and magazine articles.

Mr. LeTellier is also an accomplished collaborative pianist, having performed in many concert venues from New York to Miami; collaborating with such artists as opera singer John Matz and Kathleen Powell, the former assistant concertmaster of the Memphis Symphony Orchestra.  He has also performed in master classes for distinguished artists such as André Watts and Margo Garrett.