VCSU is now pleased to offer the President's House as a Guest Inn facility. To better serve our visitors, several additions have been recently constructed which provide an elevator at the garage, along with an accessible bedroom and bathroom on the main floor of the house. The President's House may be utilized for any special events such bridal and baby showers, business meetings, and family retreats. It also has full dining services for large or small groups with several local caterers available. Reservations can be made by contacting the VCSU Student Center at  701-845-7122 or toll free 1-800-532-8641.
Send a Request to Reserve the President's House

History of the President's House

This beautiful Victorian home was built in 1901 as the Platou Residence.

Dr. Ludvig S. Platou was a very respected member of Valley City society.  He was born in Hamar, Norway and graduated from the Christiania School of Medicine. He did his post-graduate work at the Universities in Berne, Switzerland and in Vienna.

In 1891, he left his native soil and came to America. He settled at Cooperstown, where he practiced medicine until 1896, when he moved to Valley City. The house was built in an area that at the time was referred to as “the Park.” The cost of the two lots was approximately $850 and the residence around $10,000 to build.

Dr. Platou served the health needs of the community of Valley City for 22 years. He served as the county health officer from 1906 to 1910, and he also built the first real hospital in Valley City, called the Platou Hospital. As mayor of the city from 1910 to 1916, he aided the city’s growth. He was a prominent member of the democratic party and a candidate for governor on several occasions. Dr. Platou was a charter member of the Sheyenne Valley Medical Society, an organization of Barnes and Griggs County physicians, and served as their first president. He served as director, vice-president, and president of the Bank of Valley City and was a charter member of the Farmers Equity Bank in Fargo, of which he later became president. He also served as a director of the Provident Life Insurance Co. of Bismarck. Dr. Platou was said to have been a warm, personal friend of Theodore Roosevelt. According to his daughter-in-law, Joanne Platou, the doctor took Roosevelt hunting here, and the late Grace Bowen recalled him speaking from the steps of the Platou home.

Martha Platou, Dr. Platou’s wife, was a multi-talented woman with an independent spirit.

She studied art and music in Norway, had her own artist and photographer’s studio in New York and exhibited her work at the World’s Columbian Exposition in Chicago in 1893. She was an artist and photographer and also an active member of the local music club. Martha Platou used her talents to design and lay out their home with the help of architects from Minneapolis, and at that time, it was considered a “most modern residence,” being built on one of the most desirable sites in Valley City.

The first floor was finished with oak woodwork, a wrap-around porch, and leaded and stained-glass windows. The window in the parlor also had the medical insignia worked into the design. The second floor had five bedrooms (including the maid’s room), two baths, and a front sitting room, all arranged around a central oak staircase. A staircase lead from the maid’s room to the kitchen. The basement was fitted out with a laundry room as well as a room for a hired man. The attic had been arranged for the doctor’s library and personal office.

The contract for the building of the house went to Robert Baillie, an early builder and contractor in Valley City who built such buildings as the second courthouse, the old First National Bank, the Episcopal Church, the Kindred Hotel, and the Opera House addition, among others. Few of his buildings survive today in Valley City. During the time of construction, the Platou house only took him five months to complete.

The Platou’s moved to Fargo in 1918 when Dr. Platou became president of the Farmer’s Equity Bank and Dr. Carlos Eben Allen, president of the Valley City State Normal School (as VCSU was known then), moved in with his family. In 1921, Dr. Allen purchased the house for the college, and it became the official residence of the presidents of the college until 1993, when it was opened to the public as a Guest Inn.

Currently, the home is still owned and operated by Valley City State University, but its restoration came from the fundraising and hard work of the “President’s House Preservation Society.”

President Ellen Chaffee helped organize the society due when the administration desired to maintain the heritage and cultural traditions that the house represents to VCSU and its alumni. The President’s House Preservation Society is an advisory committee made up of representatives from the university and community, and all their revenue goes towards the upkeep and improvement of the house.

Free Wi-Fi is available for our guests and there is a TV on three floors with a DVD player. An additional toilet and shower can be found in the basement.

A FEW PRESIDENT’S HOUSE REMINDERS FOR ALL GUESTS

Book your next event or stay at the VCSU President's House

The President’s House can be used any special events, such as bridal and baby showers, business meetings, family retreats, and more!

Special Event Pricing (use of the main floor and bathrooms)

(All prices are subject to change without notice and do not include applicable tax. A deposit will be required.)

The President’s House is maintained by VCSU Facilities Services staff and is governed by an advisory committee of college and community volunteers. We would appreciate any suggestions and comments that would help us make your visit more pleasant! 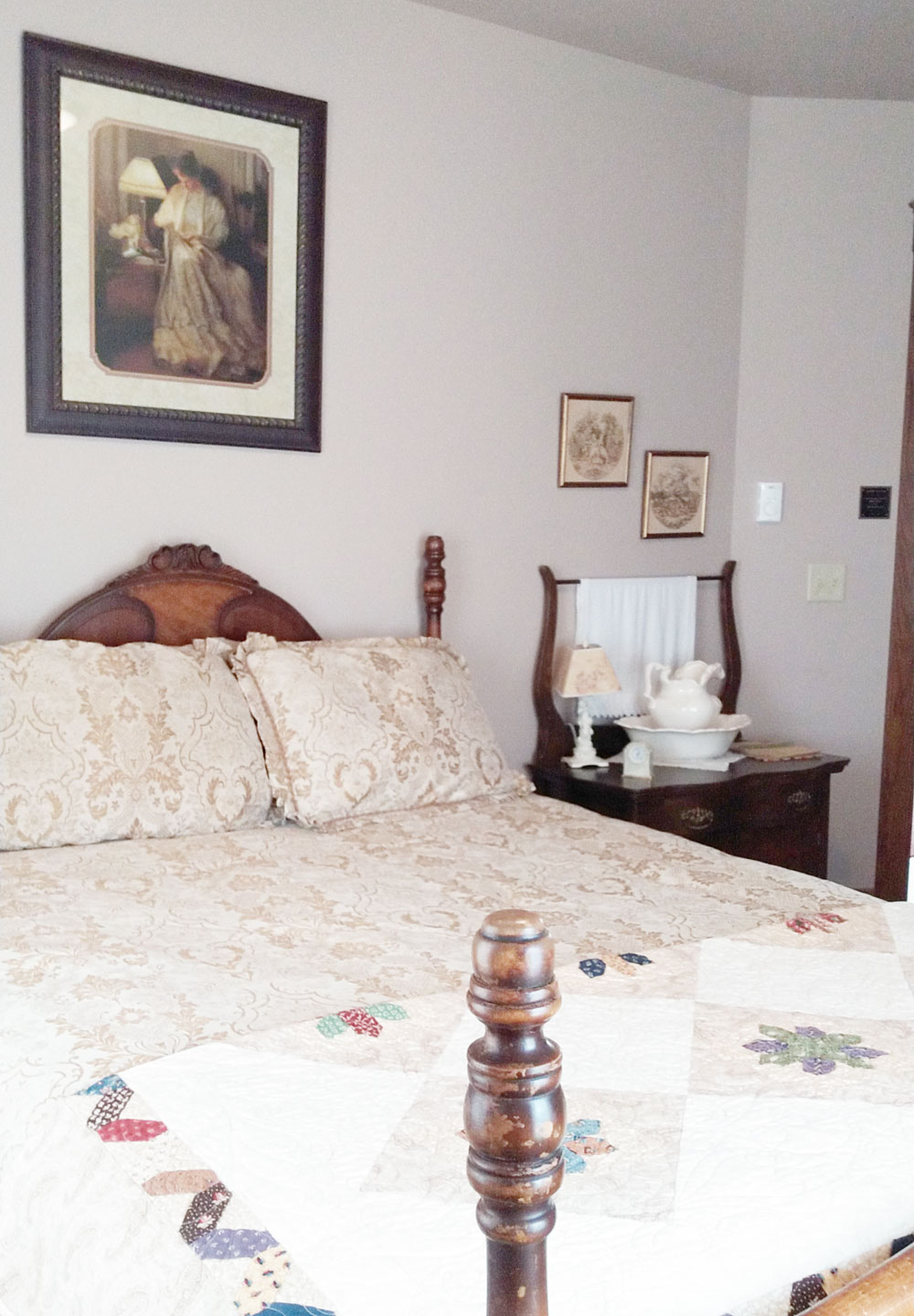 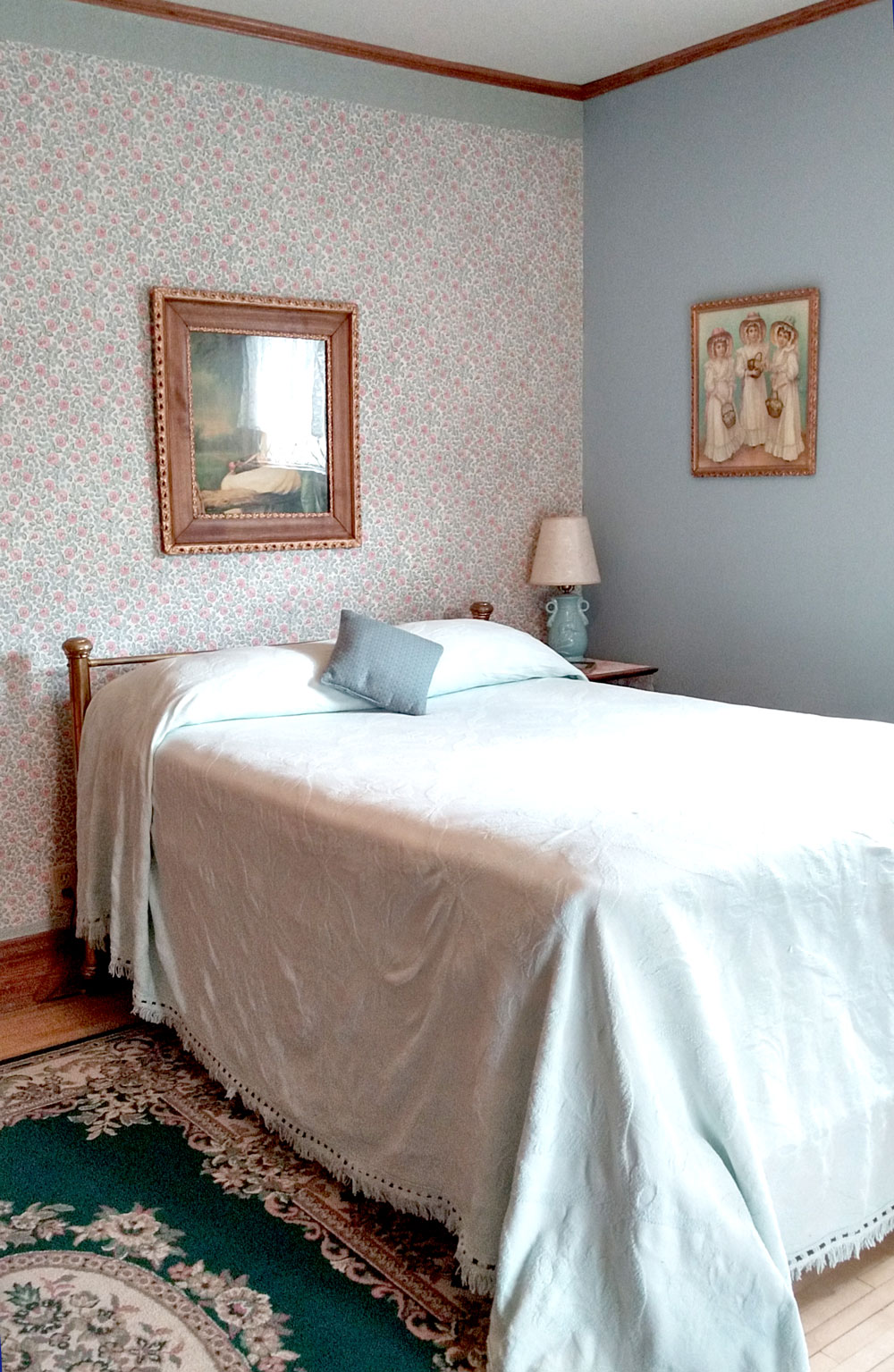 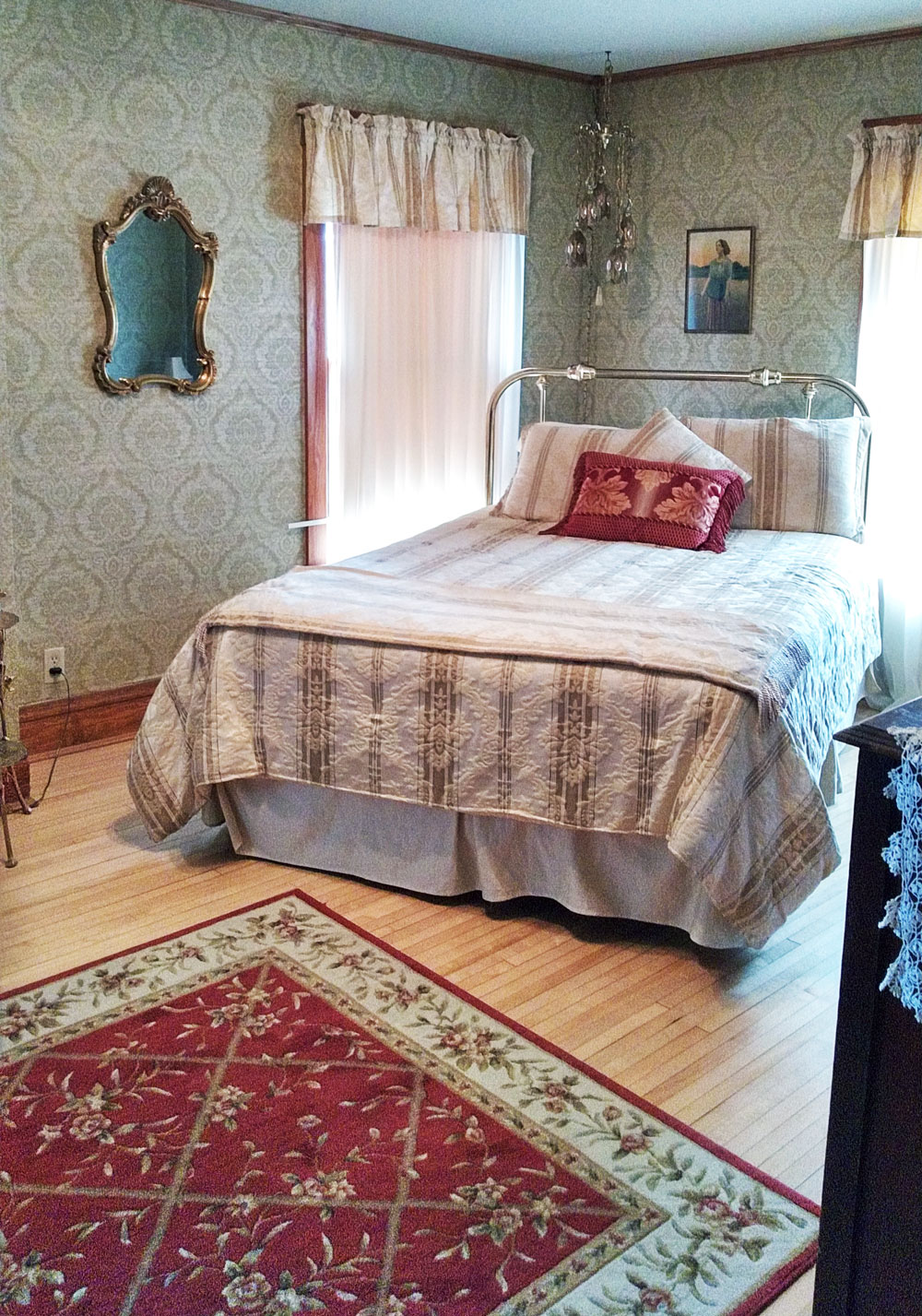 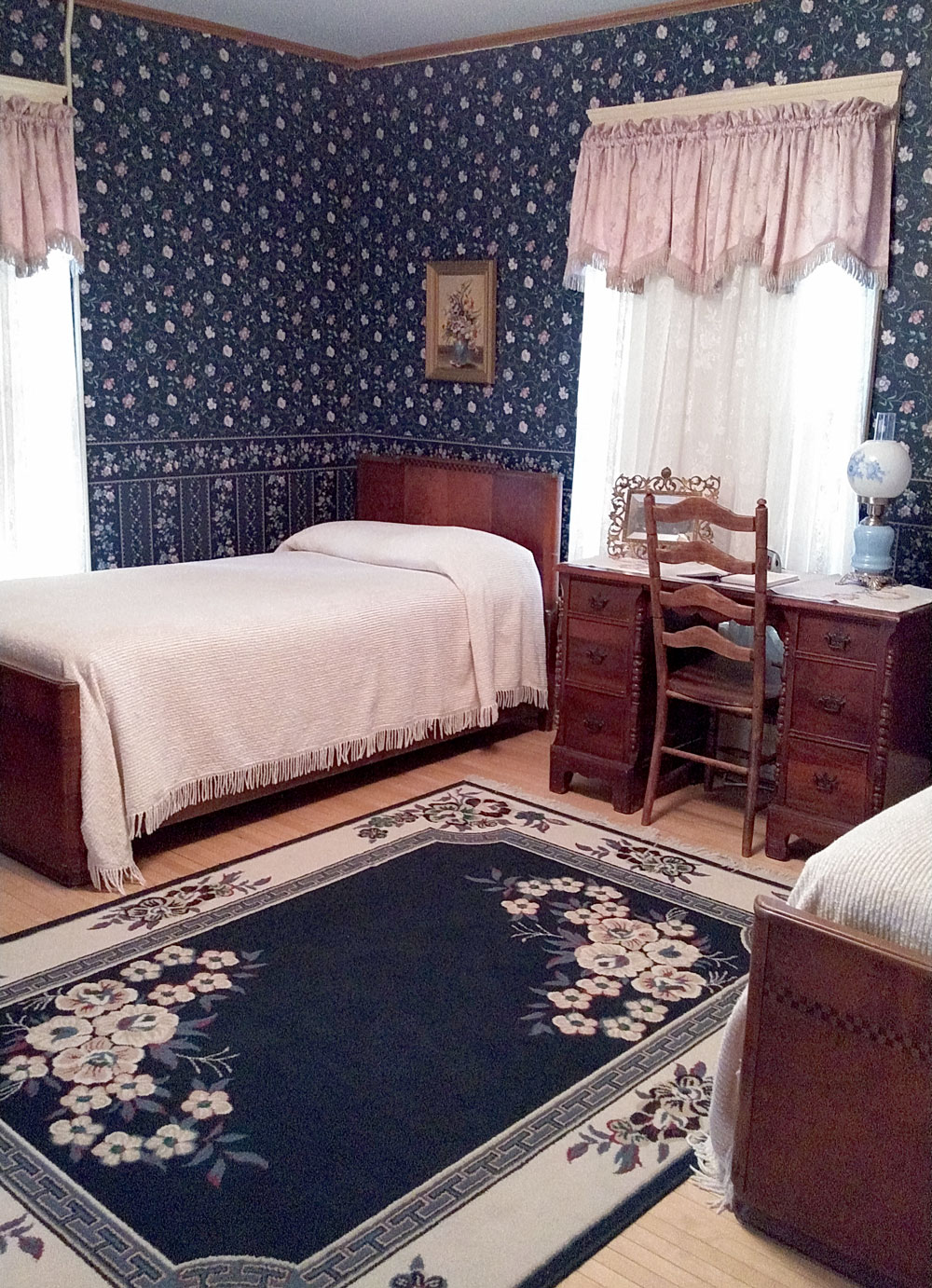 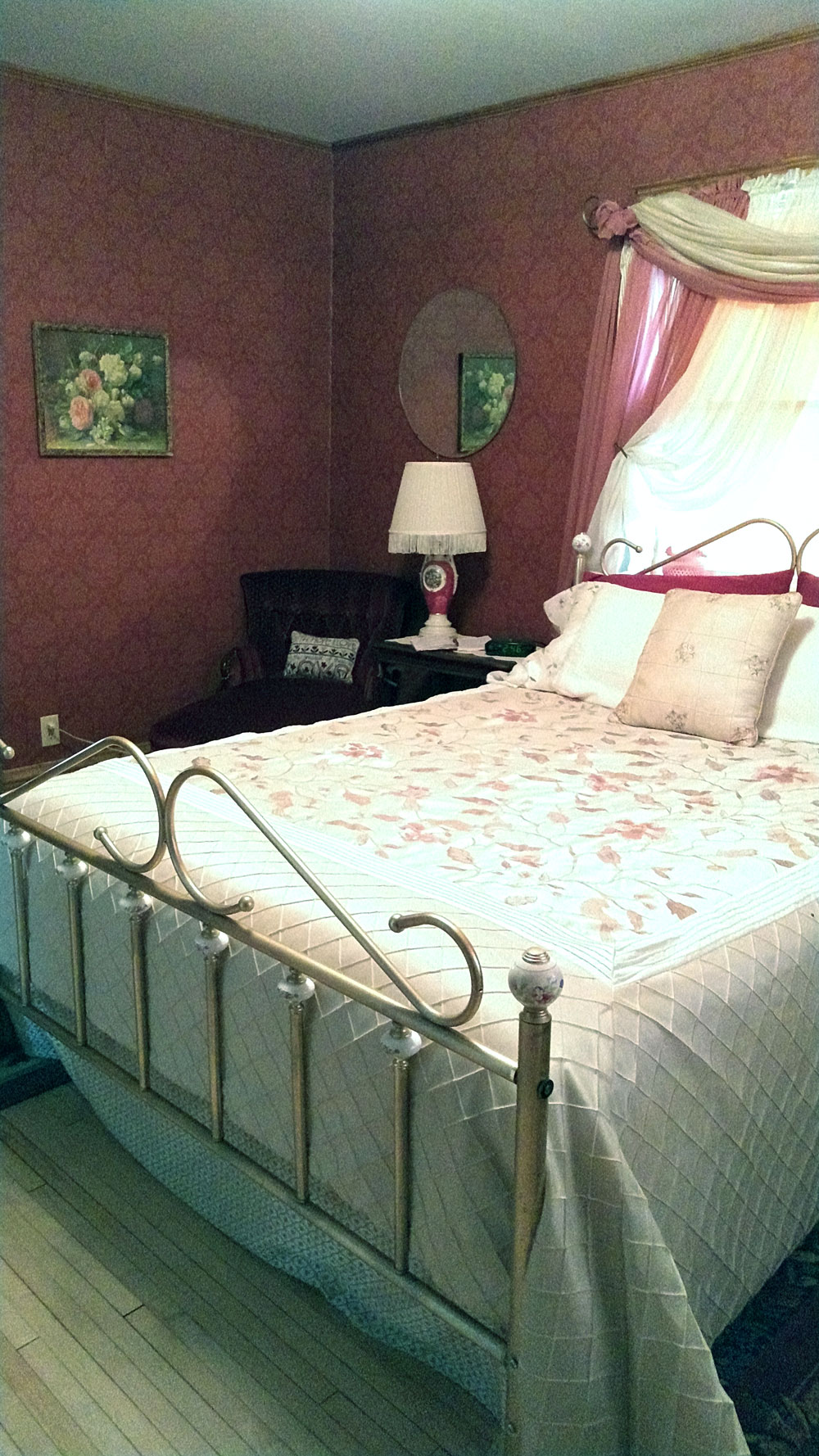 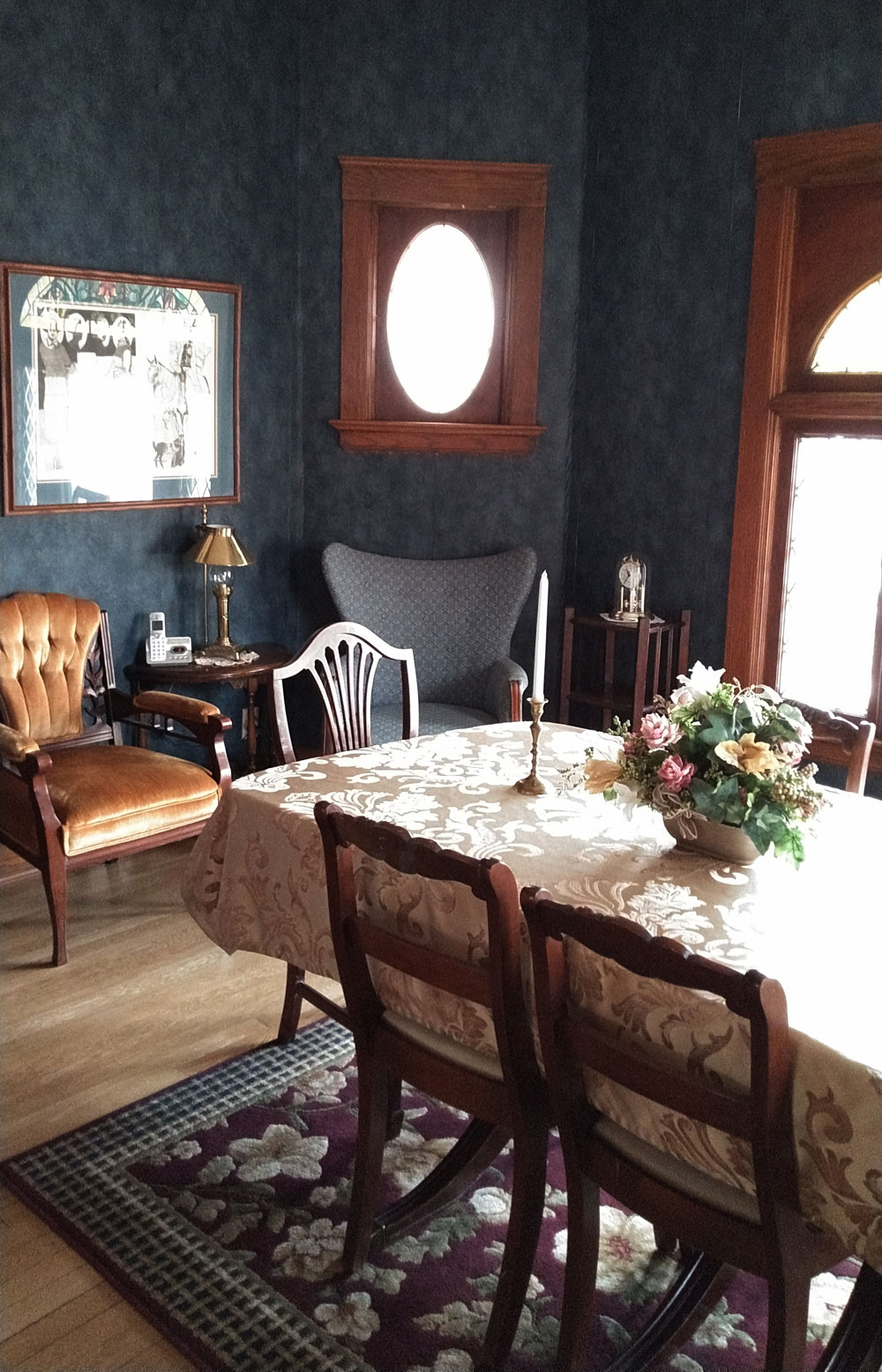 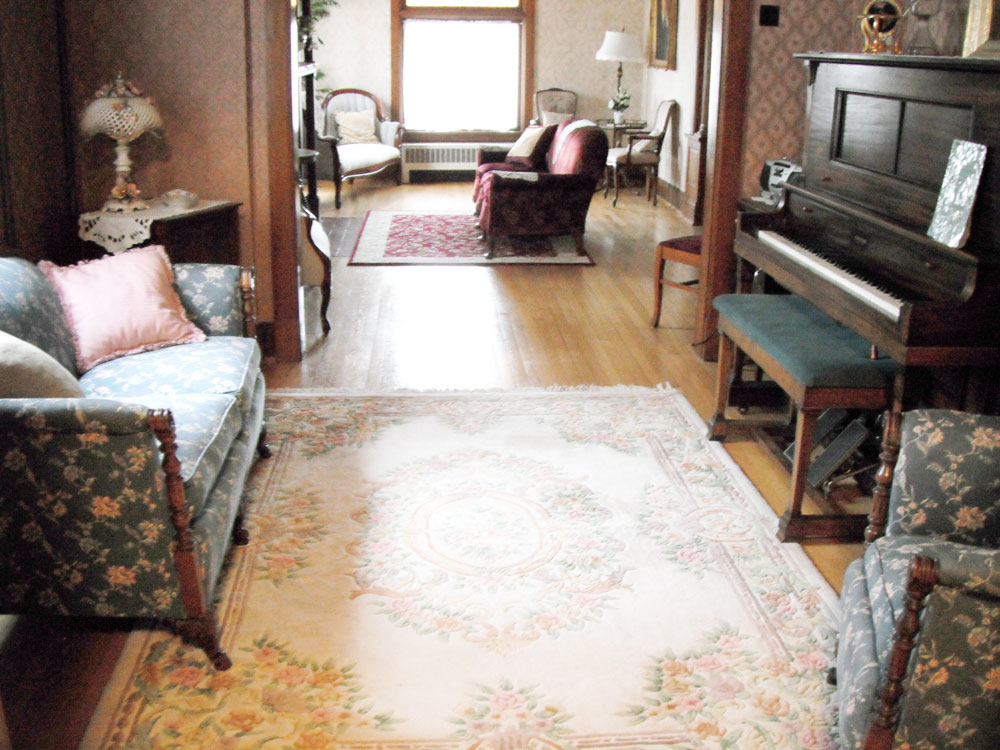 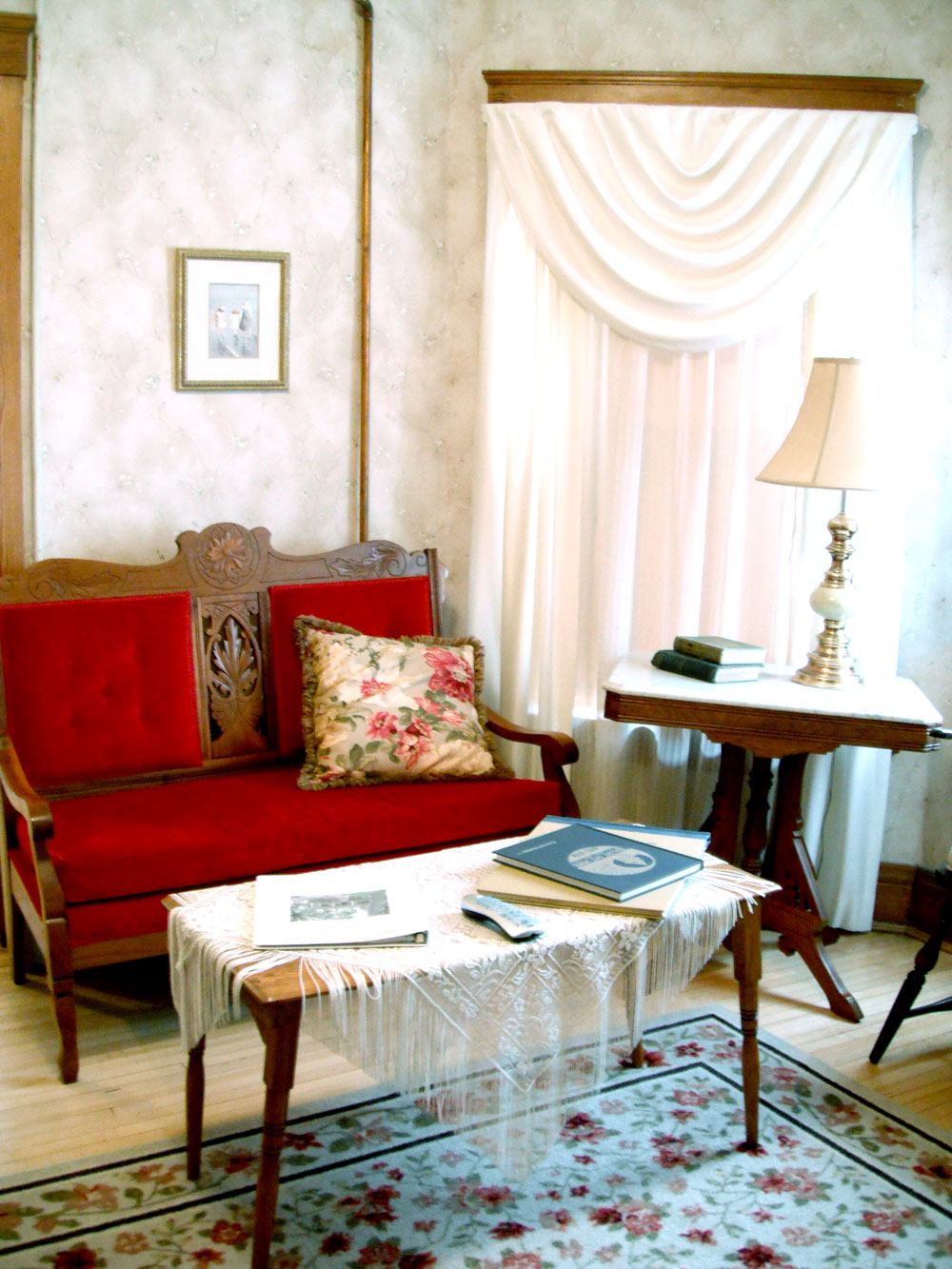 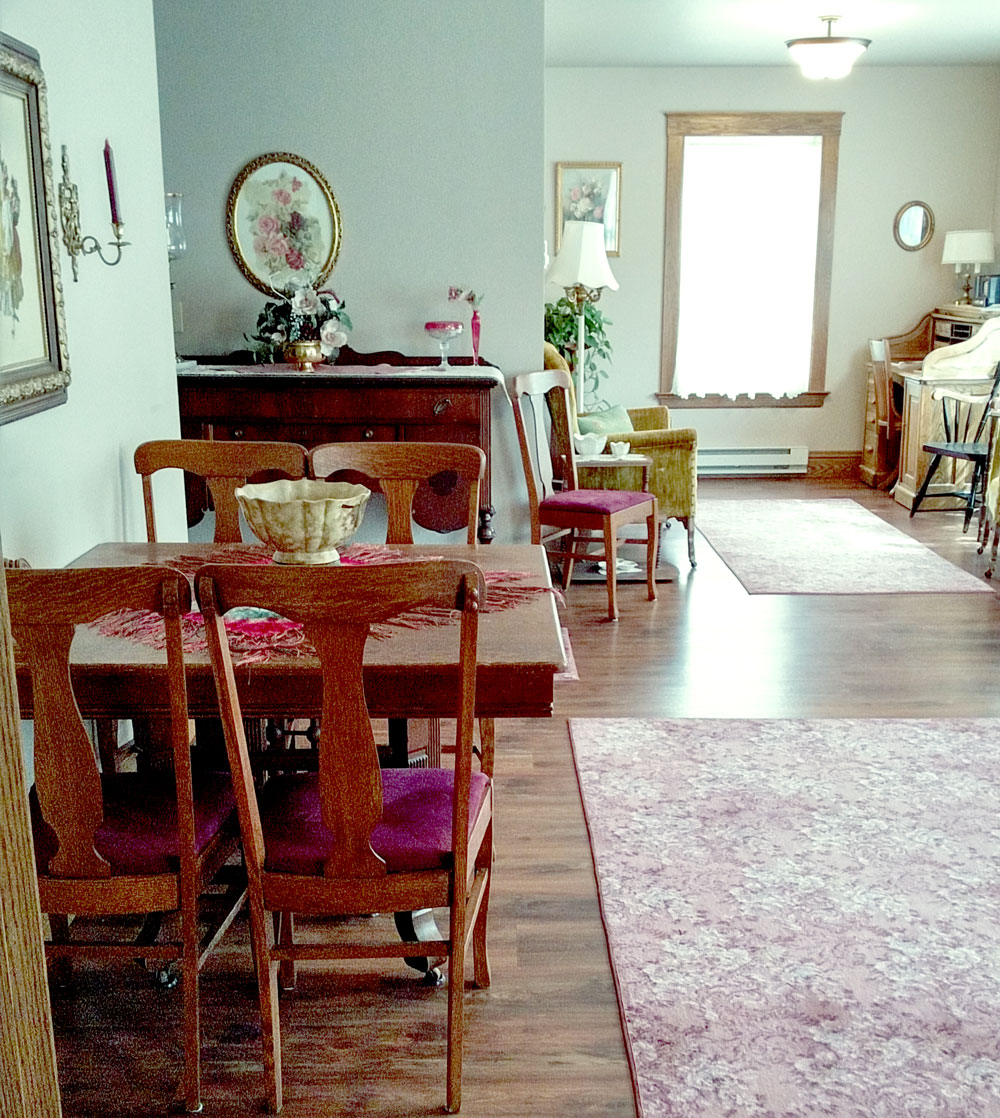 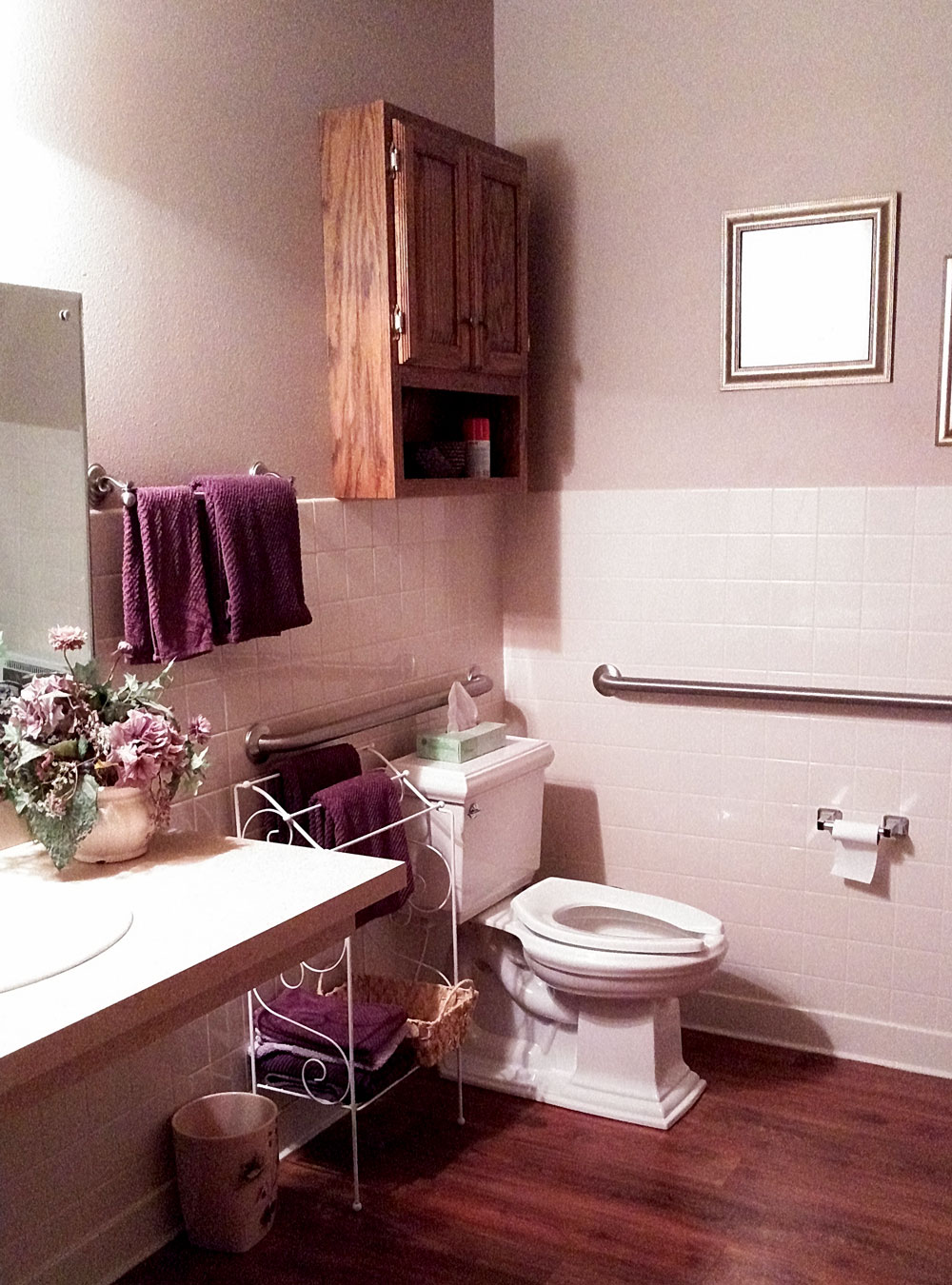 “It has been a real treat for me and my husband to spend a romantic weekend here in the house. It was a mini vacation for us.”

Support the historic preservation work at the President's House

Any gifts and donations towards the preservation of this elegant home to ensure that it is available to the public and to visitors are fully tax-deductible and greatly appreciated. 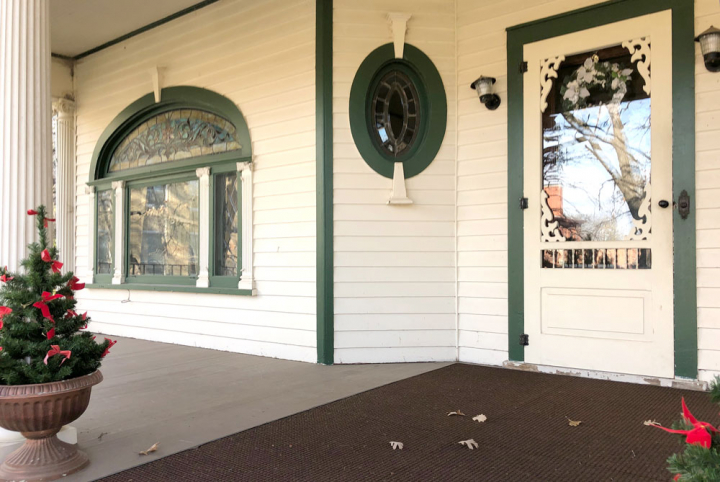