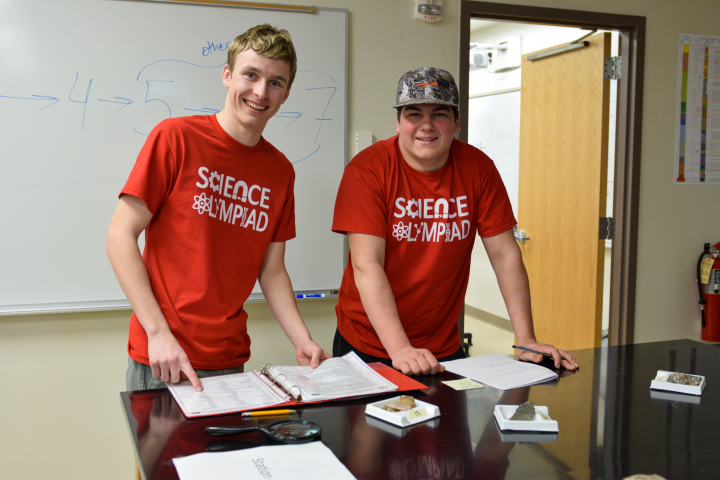 The students participated in a variety of events including Ping Pong Parachute, Experimental Design, Crimebusters and Ornithology. In total, there were 21 events for the middle schoolers and 20 events for high schoolers. 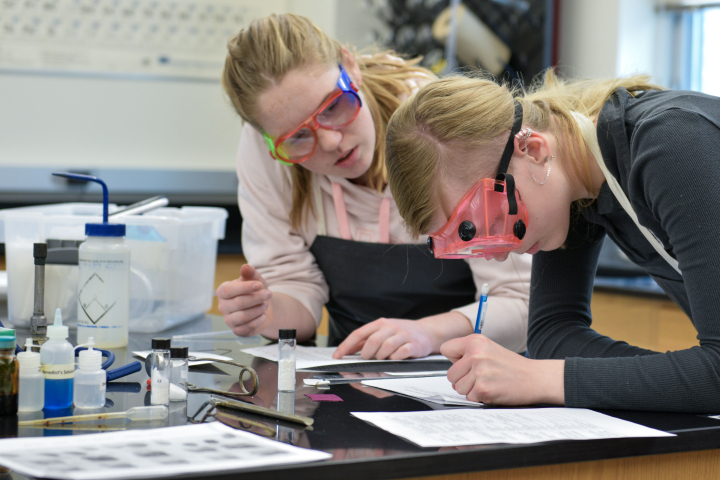 Teather Sundstrom, Ph.D., VCSU associate professor of chemistry and VCSU Regional Director for Science Olympiad, said, “It was an exciting day having the kids back on campus after a two-year hiatus. Last year, we held the competition online and this year we had a hybrid event with three afternoons of online exams followed by Thursday’s face-to-face activities. Learning science can be so intimidating but fun events like Science Olympiad help promote STEM.”

The competitions were in Rhoades Science Center, Graichen Gym and Vangstad Auditorium.  The event ended with an awards ceremony in Vangstad.

“It’s rewarding to see so many budding scientists from our region. The top teams from the competition will move on to the state competition on April 23,” said Sundstrom.

Participating teams are listed below.